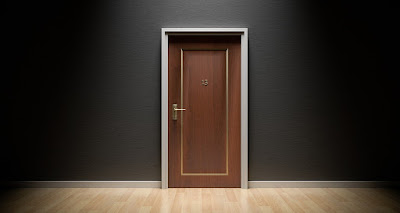 Between over 15 campaigns in various roles I might’ve learned one or two things. I’ve put together a top ten list of what you should think about.


With campaigners fanning out across Alberta as I write this blog I hope that it’ll help you get involved and enrich your experience doing an incredible thing for our democracy.

When you listen on the door, collectively act for a community, & win, you can make a difference. pic.twitter.com/TYKJz6ZWH9
— Vincent St. Pierre (@vsp) December 30, 2018

1. That first door is the hardest.

But once you notice that each door opens about one out of five times, not only does it get easier it also becomes more enjoyable when you get to that great conversation on the door.

It's a fundamentally strange thing to knock on someone's door. But, once you do it and chat with someone, it can make a world of difference.

2. Most people are happy to see you.

Volunteering in politics is oftentimes seen as something different.

Many folks in my neck of the woods have only seen one politician or a political canvasser every few years, and possibly once every few elections.

So when you’re at the door most people not only are interested in chatting, but eager to share their thoughts. Be that opportunity for them.

3. Listening in politics is rare.

That’s why you need to be that listening ear. Take notes and hear what people are saying.

I have found roleplaying with another volunteer before going to the doors immeasurably helpful. And taking a breath when someone is speaking, and taking your time, an absolute must.

4. Take care of yourself.

Taking care of yourself is paramount. In the 2015 election I ended up losing almost 30 lbs, clocking in over 25,000 doors knocked over a span of a year with a campaign. I did not take care of myself: and it just before the election I had to deal with the fallout.

So take care of yourself. Bring snacks when canvassing, take that time to be social on campaigns, and carve out space for self-care.

When you’re going door to door you shouldn’t be expected to memorise the policy book. Firstly, it’s impossible. Politics moves too quick to be a policy expert on every subject and know the answer for every person. Secondly, you shouldn’t feel that pressure (refer to point 4).

And, finally, there is nothing wrong with taking down someone’s contact information and saying your team will follow up.

When you’re at the door you’re trying to connect with a person, and if you’re comfortable and confident, it’s so much easier.

It takes a lot to go to a campaign, candidate, or party, and then go out and campaign.

So knowing your “why” and what drives you is very, very important. For me, I was first pulled into politics by a feeling that we were terribly under-served by a political system that only elects one party, year after year, in my province. And the only way to change that is to change that.

Add in being raised by a single mom who worked in healthcare, alongside three siblings with varying degrees of disability, and an early introduction to a foster-care system, I knew that government had a direct and immediate impact on my life.

So it matters. And so does your involvement.

8. All public spaces are campaignable.

The federal elections act has specific provisions that the rights of citizens to hear from their candidates that cannot be impinged. Building managers, condo boards, or other persons who contravene these rules are liable to a fine of up to $5,000 or to imprisonment for a term of up to six months, or to both. The province has similar rules, as do most jurisdictions.

Populations not engaged with don’t vote or vote at a lower level. The only way to raise turnout on election day is to have these conversations. Without these conversations and without you -- people do not go to the polls and our democracy suffers for it.

Confirm the name on the voters list and confirm their phone number (how else will you call them for advance vote or election day?). If your team has a canvassing app for your phone - use it!

Campaigns are more and more about data. Without good data a campaign will not be successful.

Campaigning is more fun with friends. So bring some, and work with a group! Not only does it keep your energy up, it is a more engaging activity where you can be excited with others about great conversations.

Canvassing in politics has been transformative for me. When I was younger I faced some issues - and being involved in efforts like campaigns and in politics generally helped me overcome them. I found not only my ‘why’ but also the how, and ultimately was able to take that into creating real change in our politics locally and nationally.

As a campaign manager I was able to help elect a school trustee with 67% of the vote, through my involvement I helped a team elect the first Liberal MP in Calgary in over 40 years, and directly impacted the discourse of my city. It has been an incredibly rewarding experience that has made me many friends, enriched my professional life, taken me across Canada and around the world.

So get involved - you'll never know where it'll lead you!